Moncrabeau France the world’s capital of lying! Here early every August they welcome storytellers, boasters and braggers for the Liar's Festival.  The winner of the tallest tale is crowned. This competition, with entrants from all over the world spinning their yarns in turn, has a long history to it.

The Academy of Liars was established in this town in 1748 and it's officials, who swear to parody the truth, the whole truth and nothing but the truth, are the judges of the competition.
The ‘Grand Concours International des Menteurs’ takes place at the Academy and a King of Liars is crowned. They are the one who, according to tradition is judged by the jury to be the winner. They are allowed to sit in the ancient throne at Place de la Halle.
1st Sunday in August -  5 euros to enter.
Moncrabeau is in Lot-et-Garonne in the picturesque Acquitaine region of France. The town's name comes from the local Gascon language “Mountain of Goats".
The village of Moncrabeau is in the Lot-et-Garonne region of France 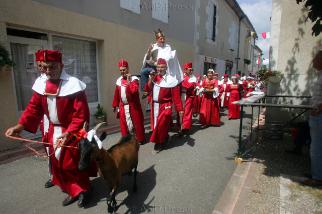 Procession through the streets of Moncrabeau with Academy of Liars members and 2009 winner. AOP.Press 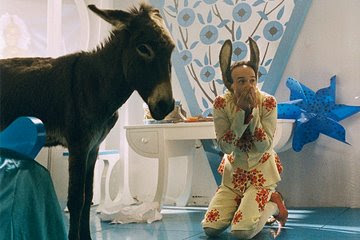 See more details and this years program at the site where this photo of the Academy members came from. 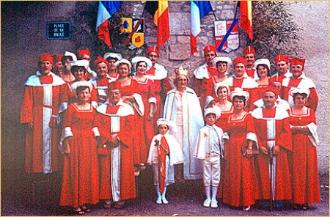