Previously on network for Good news

The theme for NAIDOC Week 2013 is We value the vision: Yirrkala Bark Petitions 1963.

This year’s theme proudly celebrates the 50th anniversary of the presentation of the Yirrkala Bark Petitions to the Federal Parliament.

In August 1963, the Yolngu people of Yirrkala in northeast Arnhem Land sent two bark petitions – framed by traditional ochre paintings of clan designs – to the Australian House of Representatives.

The petitions protested the Commonwealth’s granting of mining rights on land excised from Arnhem Land reserve and sought the recognition by the Australian Parliament of the Yolngu peoples’ traditional rights and ownership of their lands. See more

June is all about the environment:

2011 was the one hundred year celebration of International Women's Day

Book release in Australia 'The Power of 100' with foreward by Gail Kelly, Westpac CEO, has stories of 100 Australian women past and present including Cate Blanchet and Mary Reibey and other women who have shaped Australia.

Mary Reibey, (1777 - 1855) featured on the current Australian $20.00 note, was transported to Australia as a convict and become a successful businesswoman in Sydney.

May 23 is morning tea time but you can host an event anytime throughout May or June. It's simple, fun and best of all for a great cause! All you need to do is set a date, brainstorm some great morning tea ideas, invite your guests and raise money to help support the fight against cancer. Want more details...

Join Ian Kiernan and the Team to Clean Up Australia on Sunday 4 March!

Read more about the Clean Up safety guidelinesincluding roadside safety.

Coming up in June: Red Nose Day   held annually on the last Friday in June, is the major fundraiser for SIDS and Kids. 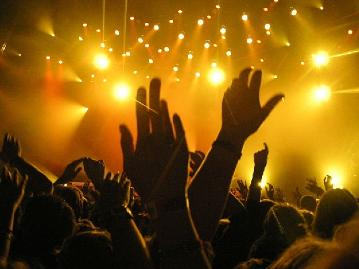 Coming up in June: MUSIC DAY which takes place each year on the 21st June
in more than 104 countries and 514 cities around the world! The event is also known as Fête de la Musique or World Music Day. Since it's origin in 1982 the idea has spread across the globe. The day is held on the mid-summer solstice and all concerts and events are free to the public.

Find out how you can get involved by joining in or starting an event.

Have you heard of the following? Wu Zetian, Shagrat Al - Durr, Sonduk, Nur Jahan, Trotula, Melisende? What are they and what do they have in common?    They are famous women.

March is Women's History Month so visit a great site about women: DISTINGUISHED WOMEN archived by the Library of Congress.

It's all good, Good morning, Good day, Good afternoon, Good Evening, Good news, A nod's as good as a wink, Good things come in small packages, too good to be true, too good to miss, too much of a good thing, One good turn deserves another, Good show, feel's good, for good measure, Good Friday, good-hearted, good-humoured, good-looking, Good golly miss molly, good company, good cheer, so far so good, be good...
Ashoka was a fierce warrior-king who changed his ways and became a beloved peacemaker.The battle of Kalinga in 250 B.C. changed everything. Ashoka was standing on the field after the fighting had ended. Surrounded by the dead bodies, he realized that more than 100,000 people had died because of his war. Horrified, he decided to change. He embraced the Buddhist belief of ahimsa, or non-violence. From that day on, he became known as Dharmashoka, or “the pious Ashoka”.